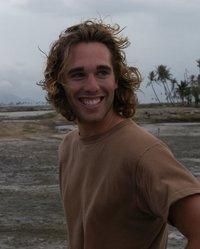 I will miss you Tyler. You were a great roommate and friend. I was lucky to have met you. It is sad the world has lost such a great person. 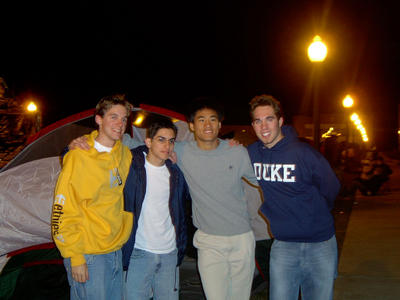 A Duke University student who recently helped rebuild parts of tsunami-ravaged Sumatra died in a car crash in San Francisco Sunday night, according to the university.

Tyler Brown, a senior who was studying engineering, died when a pickup truck hit the taxi in which he was riding.

The truck’s driver is charged with vehicular manslaughter and felony drunk-driving, according to local newspaper reports.

Brown, 21, was pronounced dead at the scene after the taxicab in which he was traveling was broadsided by a Toyota pickup truck, The San Francisco Chronicle reported Tuesday. The driver of the pickup truck was apparently drunk.

The driver of the truck Kevin McGuinness, 43, of San Francisco had allegedly been involved in a hit-and-run accident moments before running a stop sign and hitting Soghikianâ cab, according to The San Francisco Chronicle.

Senior Mike Giedgowd and Brown’s half-brother were seated in the back seat of the cab. Giedgowd suffered a broken leg and a fractured hip. He will remain at San Francisco General Hospital for a few days before returning to school to complete treatment, said senior Brian Johnson, a friend who was also in San Francisco at the time. Johnson said Giedgowd will not have to undergo surgery.

Brown’s half-brother suffered cuts and bruises, according to newspaper reports.

McGuinness has been charged with two counts of vehicular manslaughter and one count of felony drunken driving.
– Duke Chronicle