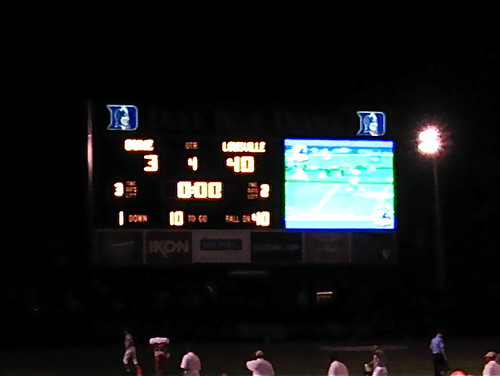 Well sort of…Louisville sued Duke in 2007, when Duke refused to play the final 3 games of a 4 game contract. They played one game while I was there in 2002, and Duke got demolished 40-3. Fortunately, our athletic department didn’t need to waste any more money on the football team than they already do because of a great legal defense: Duke Football Sucks.

A $150,000 penalty for each game was included in the contract if a “team of similar stature” could not be found to fill the date. But Duke’s lawyers argued that the Blue Devils’ performance on the field was so poor that any Division I team would suffice as a replacement. Duke is 6-45 over the past five years, 13-90 since 1999. — ESPN.com story