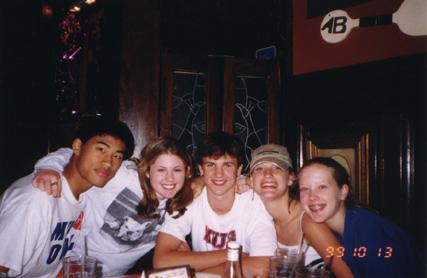 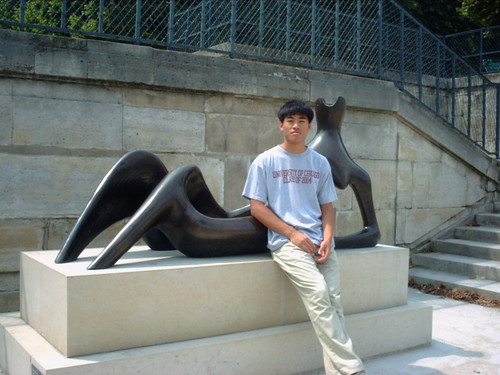 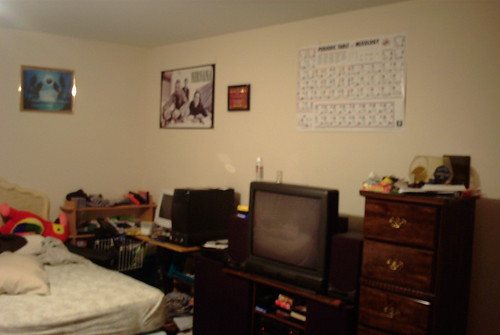 My old bedroom. You can see my old Toshiba desktop w/15″ CRT monitor and my GE 20″ TV. And yes it was a mess like my current bedroom.

No one had an iPod because they weren’t invented yet (first released 10/23/2001). Few people had heard of MP3s or knew how to listen/use them. Napster did come out in 1999, but I downloaded my first MP3 (Marcy Playground’s Sex and Candy) before that on AOL. DVDs were new too. In December 1999, only 4 million households had DVD players in the US and Blockbuster hadn’t started renting DVDs yet. Most people were still using VCRs and watching tapes.
I had my dad’s old Toshiba Infinia 7161 Desktop that had Windows 98, 166mhz Pentium processor, 2GB hard drive, 32MB of RAM, and 56kbps modem (that I upgraded myself from 33.6kbps). Note that most people were still on dial-up on AOL, which is about 214x slower than the 12mbit Comcast Broadband (cable modem) that I use now.