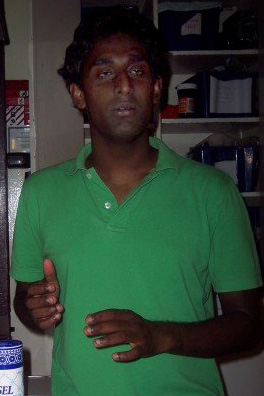 I got this random email about some BBC article on war and thought nothing of it…then things changed. This kid decided to send random, unwanted emails out about his life.  My favorite part about this kid is that he somehow thinks he didn’t email me, but admits to sending out this email to a mailing list, which apparently I was on but unsubscribed from…maybe he should learn about how mailing lists work.  Also he thinks Duke students are without manners or a brain, yet he is a Duke student (ah, irony).
In conclusion, I hope Shankar gets a lot of spam.

who are you? i never emailed you, i was emailing a list serv, u need to learn some manners and get a brain, but wait, ur a duke student, too late

Please never email me ever again.
Thanks

My ex-bf (and yes im gay and happen to be very drunk now) is isreali jewish, but
i agree with y’all i never knew how to say this so why not say this when im
deressed as hell about so many factors in my life and the world
-peace for all-
except for me

A UN human rights envoy has compared Israel’s occupation of the
Palestinian territories to elements of apartheid.

The UN’s Special Rapporteur, John Dugard, describes the regime as being
designed to dominate and systematically oppress the occupied population.

He has extensively studied apartheid in South Africa and has compared it
to what he saw under Israeli rule.

… random other crap about apartheid…blah blah